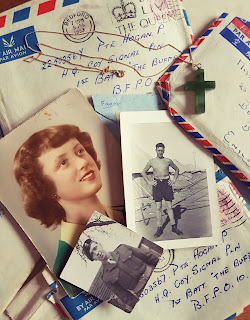 My dad gave me this small, green cross many years ago. He told me that it had been a gift from a little girl whose village he had liberated in Kenya when he was there on National Service. I kept it and wore it, but never thought much more about the story behind it until my parents both died last year,  six weeks apart to the day.

Mum and Dad met and started going out just days before Dad flew out to Kenya for four months to fight with British troops against the Mau Mau uprising. He was twenty and she was eighteen. When I was clearing out the family home, I found an old cardboard suitcase in the loft filled with the letters that they had written to one another while Dad was in Kenya. They wrote almost every day. Mum’s letters were full of news about daily life, family, friends, work and play. She describes shopping trips, visits to the cinema, parties and tennis matches. Dad’s letters speak of army life in a strange country far from home. They are written with his trademark humour, and there is only the occasional mention of the horrors that they faced.

All the letters are full of obvious affection which slowly and almost imperceptibly blossomed into love. These letters have been a blessing and their final gift to me. I have learnt so much about them that I never knew – about their lives when they were young. Before, I only ever knew them as my parents. Now, to me, the green cross is priceless, because it belongs to that special time, narrated in their letters, when they met and fell in love. 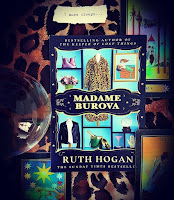 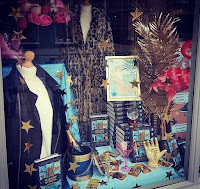 Photo credit: Ruth Hogan
Madame Burova - Tarot Reader, Palmist and Clairvoyant is retiring and leaving her booth on the Brighton seafront after fifty years.Imelda Burova has spent a lifetime keeping other people's secrets and her silence has come at a price. She has seen the lovers and the liars, the angels and the devils, the dreamers and the fools. Her cards had unmasked them all and her cards never lied. But Madame Burova is weary of other people's lives, their ghosts from the past and other people's secrets, she needs rest and a little piece of life for herself. Before that, however, she has to fulfill a promise made a long time ago. She holds two brown envelopes in her hand, and she has to deliver them.In London, it is time for another woman to make a fresh start. Billie has lost her university job, her marriage, and her place in the world when she discovers something that leaves her very identity in question. Determined to find answers, she must follow a trail which might just lead right to Madame Burova's door.In a story spanning over fifty years, Ruth Hogan conjures a magical world of 1970s holiday camps and seaside entertainers, eccentrics, heroes and villains, the lost and the found. Young people, with their lives before them, make choices which echo down the years. And a wall of death rider is part of a love story which will last through time.

I can't imagine a better book in which to lose yourself at the moment. Stunning, immersive and absolutely wonderful.' - Annie Lyons

'A triumph! It's moving and entertaining and packed with surprises... When I look into my crystal ball I predict it's going to be a MASSIVE hit!' - Matt Cain, author of The Secret Life of Albert Entwistle 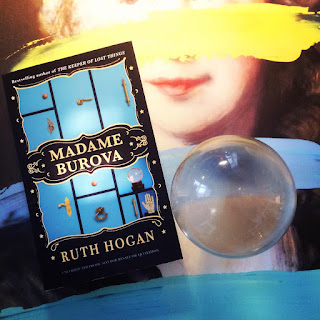 Review: Madame Burova conjures a nostalgic 1970s seaside community centred on Larkins holiday camp. Filled with colourful characters from Cillian the death-defying stunt rider with matinee idol good looks to a troupe of aquatic mermaids and Imelda Burova the gifted clairvoyant, the novel sweeps you up into its warm embrace. 'She had seen the lovers and the liars, the angels and the devils, the dreamers and the fools.' Imelda draws you in to the story - she is a fully realised character of great warmth, tempered by the grief she carries with her. There's a touch of magic to her: 'It's as though she's always been some sort of fairy godmother waiting in the wings.' The novel's deeper issues - illegitimacy, racism, harassment - are handled with clear sighted kindness. Hogan looks at people on the edge of our society, the people who fall between the cracks - 'No man's land was never a safe or comfortable place to be'. As a young woman, Billie,  searches for the truth about her birth parents, Hogan skilfully peels aside the veils to reveal a fifty year old secret which will keep you guessing right up to the last page, (which - if you're like me - will make you cry. Any book with a hound at its heart wins mine). KLB
Madame Burova is published on 1/4/21 and available from The Eagle Bookshop. 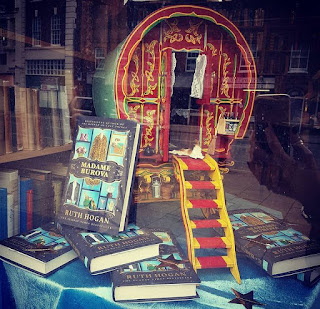 RUTH HOGAN:  I was brought up in a house full of books, and grew up with an unsurprising passion for reading and writing. I also loved (and still do) dogs and ponies, seaside piers (particularly the Palace Pier in Brighton) snow globes and cemeteries. And potatoes. So of course, I was going to be a vet, show jumper, or gravedigger. Or potato farmer.Or maybe a writer...I studied English and Drama at Goldsmiths College, University of London where I hennaed my hair, wore dungarees, had aspirations to be the fourth member of Bananarama and generally had an amazing time. And then I got a proper job. For ten years I had a successful if uninspiring career in local government before a car accident left me unable to work full-time and was the kick up the butt I needed to start writing seriously.It was all going well, but then in 2012 I got cancer, which was bloody inconvenient but precipitated an exciting hair journey from bald to a peroxide blonde Annie Lennox crop. When chemo kept me up all night I passed the time writing and the eventual result was THE KEEPER OF LOST THINGS, my bestselling debut novel, which was a Richard and Judy Book Club pick. Since then I have had two further novels published, THE WISDOM OF SALLY RED SHOES and QUEENIE MALONE'S PARADISE HOTEL and for my fourth, MADAME BUROVA, I learnt to read Tarot cards and developed a hankering for a traditional vardo and pony.I live in a chaotic Victorian house with an assortment of rescue dogs and my long-suffering husband. I am a magpie; always collecting treasures (or 'junk' depending on your point of view), a huge John Betjeman fan and I would very much like a full-size galloping horses carousel in my back garden.As a full-time author I am living the dream, and I'm so grateful to all my readers for making that possible. I love hearing from you, so please feel free to drop me a line on Twitter, Instagram or Facebook.

You can find out more about Ruth's work at her site, and her books are available from Amazon, Bookshop.org, Waterstones. 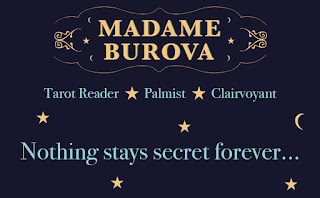 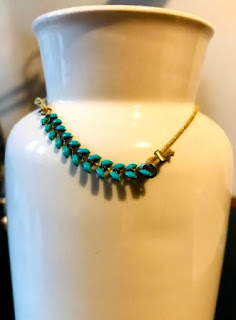 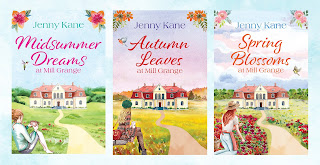